Mind map for issues in China 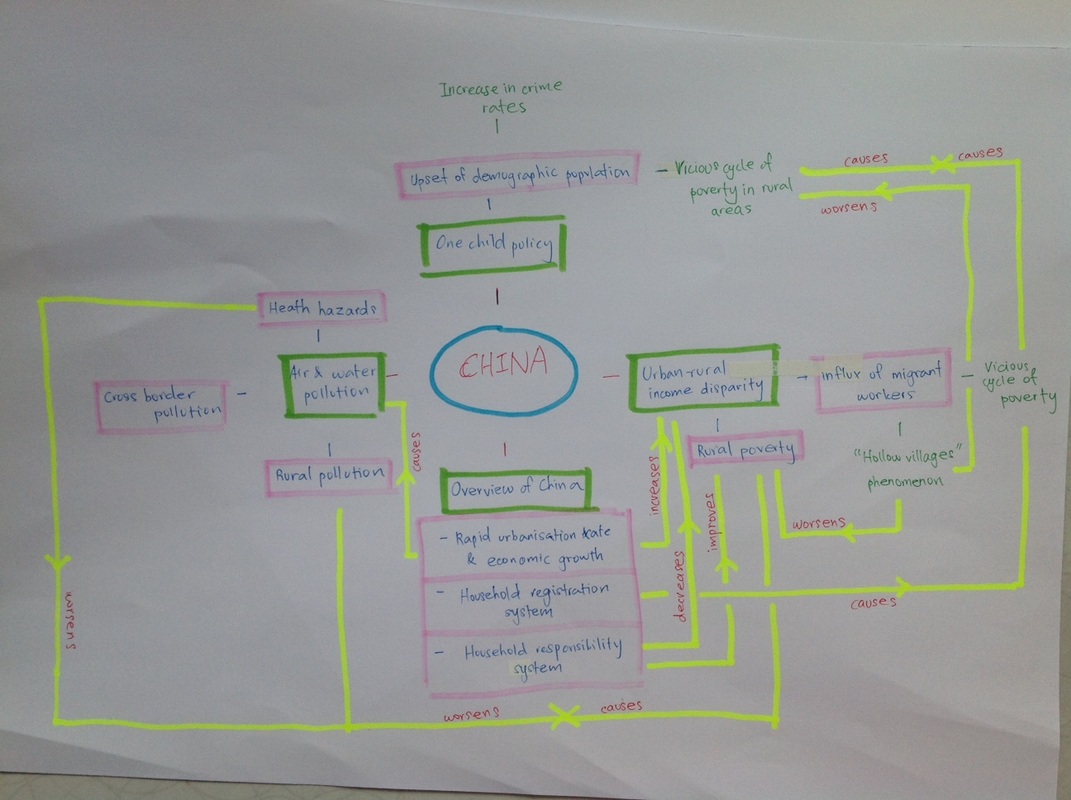 Basic comparison of China and Singapore 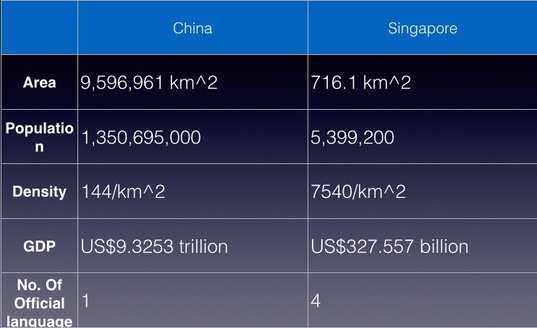 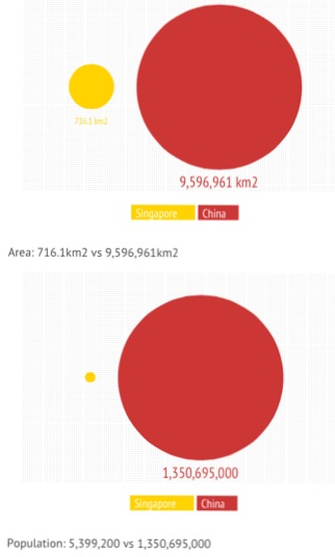 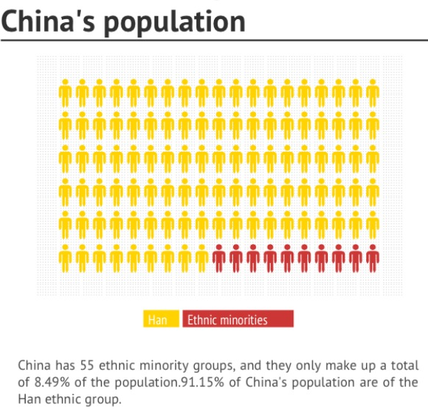 Overview of China's progress over the past 50 years

During the period of time between 1949 and 1978, China went through a series of major events like the First Five Year Plan, where China was engaged in heavy industrialisation. Key industries, including iron and steel manufacturing, coal mining and machine building were greatly expanded ("Economic history of China", 2014,  "Fast Five-Year Plan", para.3). In an attempt to rapidly and efficiently maximise output and profit, many industrial sector started using slack labour and quantity was more important than quality ("Economic history of China", 2014, "Great Leap Forward", para.4). The following event was the Great Leap Forward which landed China in a great economic crisis.

All the while in China, even since the Song dynasty, urban and rural parts of China are governed separately. In this structure, the rural and urban areas are operating independently and are incompatible with each other (Wu et al., 2013, p.260). The urban land use is managed by the city government, planning, land resources and construction authorities (Wu et al., 2013, p.260). On the other hand, rural land use is operated by the agricultural ministry. The urban land is owned by the state government while rural collective units are owned by villages' committee, village groups. The urban-rural dualistic structure was institutionalised in the 1950s when the household registration system (Hukou system) was introduced and firmly implemented (Li, 2008, p.1). China has a large rural population hence the Hukou system was introduced so as to control migration within China and ensure structural stability.

Read about the Hukou system

In 1978, China embarked on its economic reforms and introducing open-door policies. China eradicated the Soviet Union's collective farming system and replaced it with the household responsibility system. This system was unlike communism and it allowed farmers to be able to receive higher wages if they had worked hard enough. As a result, farmers are motivated in becoming more productive and the gross value of agricultural output increased. This system boosted the agricultural productivity dramatically and improved the quality of lives of majority of the farmers living in the rural areas and, bringing a lot of the farmers out of extreme poverty.

﻿﻿Read about the household responsibility system﻿﻿ 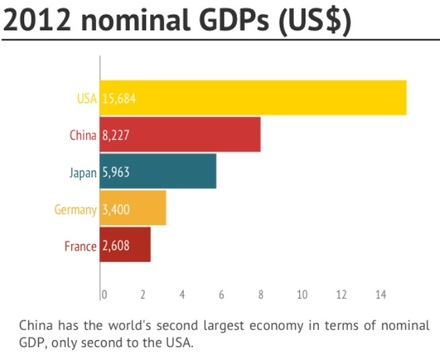 Figure 1.
Since the beginning of the reform phase in 1979, China's economy boosted and spurred rapid urbanisation in China and in turn, this fast urbanisation rate further propelled China's economic growth. Its per capita income has risen fivefold and the average private consumption today is roughly 400 per cent above the level at the beginning of the reforms (Heiner p.1). China's economy flourished and in the recent GDP ranking in 2013, China ranked second, overtaking countries like France, Japan and Germany and only falling behind USA (Figure 1). Between 1978 and 2004, the number of urban dwellers in China rose from 170 million (17.9% of the population) to 540 million (41.8% of the population) (Douay, 2007, p.1). Furthermore, the urban share of the population is projected to reach 60% by 2030 (Seto, n.d).

Karen, C. Seto. (n.d). What Should We Understand About Urbanisation in China. [on-line]. URL: http://insights.som.yale.edu/insights/what-should-we-understand-about-urbanization-china. (21 March 2014).