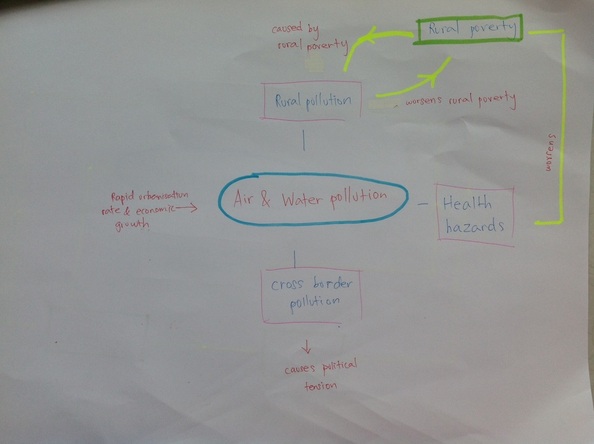 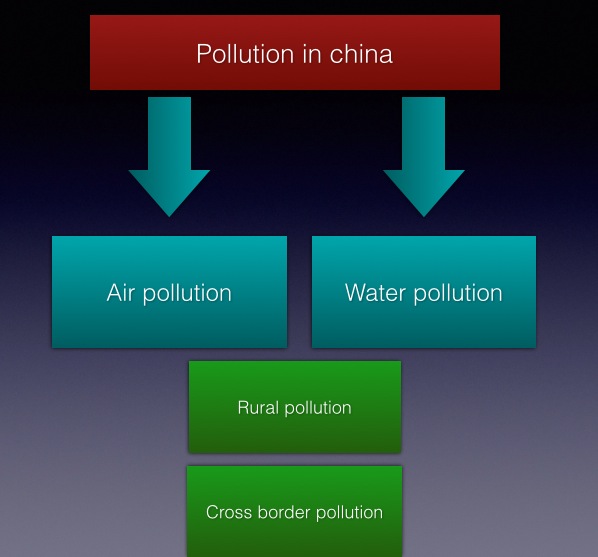 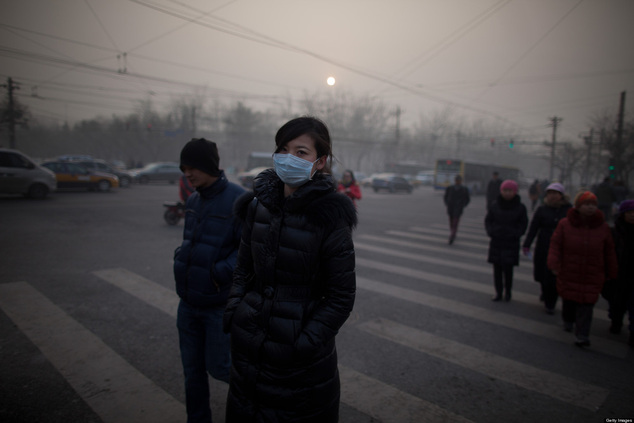 China's industrialisation and urbanisation rate has been reaching an astounding level. According to the UN data (2013), China has replaced US as the world's largest industrial producer in a short span of 6 years (China's total industrial production was 62% of the US level). This rapid urbanisation and industrialisation rate have been labelled as the primary suspect for the worsening of air pollution in China. In this process, heavy reliance on coal used in combustion worsened air pollution in China. Burning of coal is one of the main energy production China depends on and China's 75% of energy production is dependent on coal. The amount of coal burnt is so large that China now burns 47% of the world's coal (Ross, 2013).

Together with the rapid industrialisation and urbanisation rate, China's population is also expanding. This results in the demand for automobiles to be growing very fast. Manufacturing industries and Beijing's 5 million-plus cars all contribute to the city's air pollution. Statistics have shown that 70% of air pollution is due to the emission of harmful gases from tailpipes of cars in major China urban cities like Beijing and Shanghai (Anonymous, 2012).

Due to the rapid urbanisation and industrialisation rate, the continuous emissions of waste and sewage discharge also contributed largely to the lowered drinking quality across China. 70% of the waste and sewage discharge is caused by industry and manufacturing while households caused 23% of this water pollution and other sources caused the last 6%. Household discharge is mainly caused by farming (Wikipedia, 2014) and according to a China Daily (2007), the excessive use of pesticides and fertilizers in agriculture also contributed to water pollution greatly. A 2008 report stated that due to contamination of water by industries and farming, 33.8% of the yellow river system in China registered a level of worse than five for water quality. The criteria used by the UN Environment Program stated that level five water is unfit for drinking, aquaculture, industrial use and agriculture (Wikipedia, 2014).

The expanding population in China, which also means an increasing demand for water, drove China to drill wells deeper into the ground to fetch water. The deeper the wells go, the higher the concentration of arsenic-rich aquifers in the water. As a result, arsenic poisoning occurred and is becoming more and more common in the recent years (Wikipedia, 2014).

Severity of air pollution in China

Figure 1,
One third of the world's pollution is contributed by China and by 2020 or even earlier due to the increasing rate of industrialisation and urbanisation in China, China is expected to become the number one generator of global warming emissions. According to the 2005 Environmental Sustainability Index (ESI), China ranks 133rd out of 146 countries, showing the severity of environmental sustainability problem caused by air pollution.

Air pollution in bigger cities like Beijing is so severe that the U.S. Embassy's air quality measuring station called it "beyond index". According to the WHO (2013), air in cities should not contain a concentration of fine particles higher than 25 micrograms per cubic meter in 24 hours. However, in Beijing, there are times when the concentration reaches 198 micrograms per cubic meter (Figure 1.). Moreover, almost 92% of cities in China did not reach the national standard for average annual PM2.5 air pollution concentration. Washington post said that in only one month, there were 19 days when the index in Beijing surpassed that 300 threshold. A PSI of 500 and above is counted as extremely hazardous and unusual but on Jan. 12 2013, the PSI reading in Beijing reached 886, comparable to living inside a smoking lounge .

In February this year, air pollution reached such a hazardous level that a rare "orange" alert was issued. The "orange" alert is the second highest in the four levels of urgency. Barbeques, fireworks and demolition works were banned and health advisories were prompted (Tang, 2014).

Severity of water pollution in China 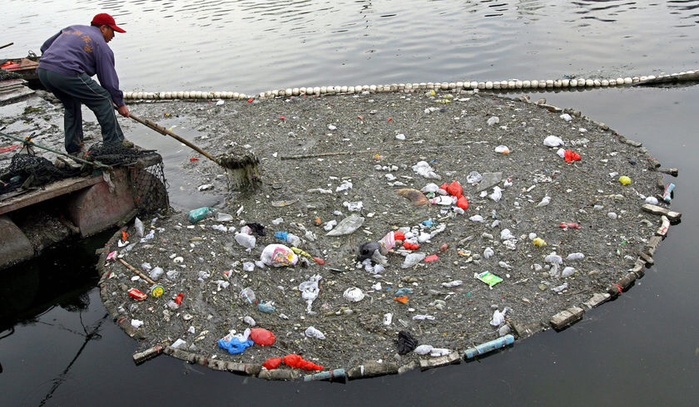 AsiaNews.it. (2007) Polluted rivers, health risk for over a sixth of the population [on-line] URL: http://www.asianews.it/news-en/Polluted-rivers,-health-risk-for-over-a-sixth-of-the-population-10143.html (21 March 2014)
Since the industrial revolution in China in the 20th century, large amount of waste and sewage were discharged into the rivers in China daily. This has made, according to China's State Environmental Protection Administration (SEPA) in 2006, 60% of the country's rivers unfit for consumption. A 2006 article by the Chinese Embassy in the UK also stated that approximately 300 million nationwide have no access to clean water and almost 90% of groundwater is contaminated by water pollution (Wikipedia, 2014).

Articles on certain sever cases of water pollution are not uncommon. For example, in 2005, the Jilin chemical plant explosions in Jilin City has caused a large amount of discharge of nitrobenzene into the Songhua River (Wikipedia, 2014). This sever pollution resulted in a cut off of an entire water supply to Harbin city for five days. In September 2013, Hubei Shuanghuan Science and Technology Stock Co discharged a large amount of ammonia into the Fuhe river and this water pollution poisoned at least 100 tonnes (220,000 lb) of fishes in the river, causing an upset of ecosystem in the river(Wikipedia, 2014).