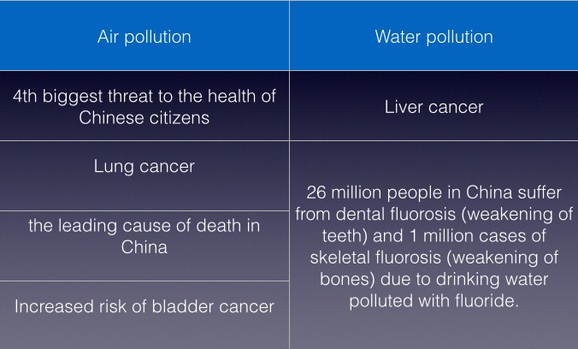 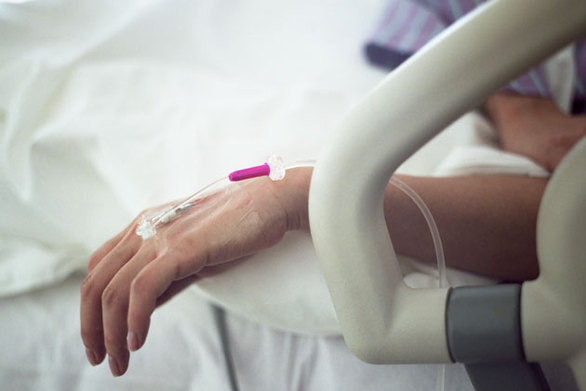 Due to the severe air pollution citizens experience in China, air pollution has become the fourth biggest threat to the health of Chinese citizens and lung cancer is now the leading cause of death in the country. Although the main cause for lung cancer now is still smoking, it is reported that the number of smoker is decreasing every year but the cases of lung cancer is still on the rise. In fact, the cases of lung cancer in Beijing doubled between 2002 and 2011. Studies by the World Bank, WHO, and the Chinese Academy for Environmental Planning showed that between 350 000 and 500000 people in China die prematurely each year as a result of outdoor air pollution in China (Moore, 2014). 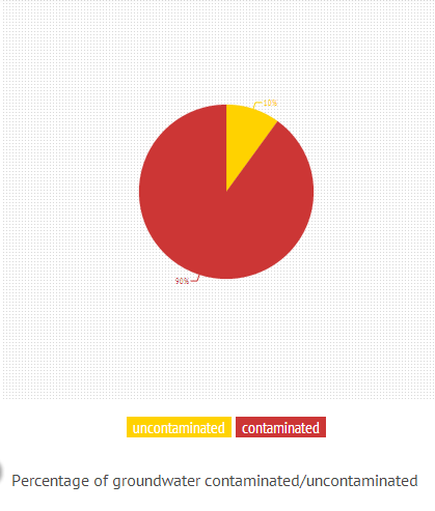 Figure 1.
According to the WHO (2011) over 26 million people in China suffer from dental fluorosis (weakening of teeth) due to drinking water with increased level of fluoride (a result of water pollution). In addition, over 1 million cases of skeletal fluorosis (weakening of bones) are thought to be caused by drinking contaminated water. High levels of fluoride usually occurs in groundwater and it is estimated that in China, 70% of the total population and 95% of the rural population's main source of water supply is groundwater. 50% out of the 70% of the total population who drinks from groundwater are from the rural areas hence the groundwater contamination affects mostly the rural population, which is also the poorest population in China.

Other than dental and skeletal fluorosis, groundwater contamination also causes much more sever health problems like cancer. A report by the  Ministry of Environmental Protection concluded that pollution in rivers is linked to cancer in some villages located close to factories or heavy industry (Wikipedia, 2014). According to Xinhua, a village in Henen where groundwater has been badly polluted has 48 deaths from cancer related to water pollution. These villages are called the "cancer villages "and according to an analysis by geographer Lee Liu, China currently has more than 45 of these "cancer villages" (Larsen, 2011).

Due to water pollution, 60% of the fresh water in China suffer from eutrophication and as a result, have a high concentration of microcystins. A research conducted back in 1970s showed that in Jiangsu province, the high incidence of liver cancer is caused by drinking water contamination due to the high concentration of microcystins ( Lu; Xie; Zhou; Zhang; Liu, 2008).

In the rural areas where 95% of the rural population drinks from the largely contaminated groundwater, a higher prevalence of lung, stomach and liver cancer is emerging and the deaths from these cancers account for 20% of the mortality rate. It is three times more likely for liver cancer to kill a rural inhabitant than an average global citizen and the rural inhabitants have doubled the world death rate for stomach cancer. Due to the unequal distribution and lack of healthcare in the rural areas of China Recap on Lack of education and healthcare in rural China, most of the people living in rural areas either choose not to seek for medical attention due to the high cost of medical fees or are unable to receive timely medical attention due to the uneven distribution of healthcare centres in the rural areas. For those who are fortunate enough to receive medical help, they are largely burdened by the high cost of medical fees (Larsen, 2011).

As the problem of water pollution gets larger and larger due to the rapid industrialisation and urbanisation rate in China, more and more people from the rural areas are dying from stomach, liver and lung cancers. The households which lost family members will face difficulty in maintaining agricultural production due to lack of man power and for those households who sought medical attention, they still have to pay off their medical debt which is usually more than what they earn monthly. All these worsen rural poverty and it's impact on rural poverty is increasing as water pollution problem gets larger(Larsen, 2011).