Increase in crime rates in China - turbulence to social harmony 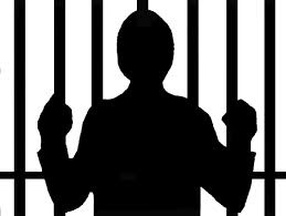 Figure 1.
Gender inequality has brought about many negative consequences to a nation. The larger population of males resulted in an increased male crime rate. From 2001 to 2009, cases of social unrest had risen from about 40,000 to over 90,000.

t was also discovered that gender ratios were interconnected to crime rates, with five percent increases in crime rates rising from just one percent increase of gender ratio (Anonymous, n.d.). Areas in China with the most male-biased gender ratios are experiencing a variety of maladies such as gambling, alcoholics, drug abusing, kidnapping, and trafficking of women. Social unrest incidents have become more violent, and more likely to cross provincial borders. Also, more people have been recorded to take part in such activities. Unmarried men between the ages of 24 and 35 are also found to be three times more likely to commit murder than married men (figure 1)  (Anonymous, n.d.).

Moreover, due to the fact that there are so many unmarried men out there in China, this led to desperate means taken by some men in China to kidnap and slave-trade women. With an increase of unmarried men, the occurrence of kidnapping and slave-trading of women also increases. Areas in China with the most male-biased gender ratios are experiencing an increase in the prevalence of the variety of maladies such as gambling, alcoholics, drug abusing, kidnapping, and trafficking of women (Wikipedia, 2014).

This had led to an increase in social unrest and decrease in peace and harmony within China. Increasing crime rates China has also led to a decrease in the safety of the streets in China and as a result, the significance and severity of the upset of demographic population which main root is one child policy in China is rising. Political scientists Valerie Hudson and Andrea den Boer also warned that China could see increased violence and extremism as a result of surplus of men and will become a major social issue in China (Wikipedia, 2014).
Proceed